The Slovene Ethnographic Museum will mark this year’s carnival period with Ravenski pustovi Shrovetide figures that appear in three villages beneath the mountain Krn.

The presentation of Shrovetide customs and newly acquired museum objects will be held again this year when the museum will present three Shrovetide figures bought in 2019: He and She the beautiful-ones, and the ugly one. These three masks were still in use two years ago at Shrovetide. In addition will be exhibited two facial masks of the ugly one dating to the end of the 50s of the 20th century kept by the Slovene Ethnographic Museum, while the second one has the reputation of being the most ancient known mask of Ravenski pustovi figures from 1915 kept by the Tolmin museum.

This Shrovetide custom is presented through photographs by Voranc Vogel, a photojournalist at DELO newspaper who received the Guardian award for his exceptional achievements in photojournalism for his reportage on Ravenski pust in 2018, presented by the Slovene Association of Journalists.

Every year a week before Shrovetide Saturday, unmarried adult men from these villages and who are a part of a Boys’ Community put on their masks. Induction into the Boys’ Community takes place in December, during one of the last Saturdays of the year, where the young men divvy up the roles to be played during Shrovetide. The tradition, which, according to village elders, represents an ancient pagan wedding, has been performed for more than a hundred years.

During Shrovetide, nobody must know who is wearing which mask, that is why their faces are covered all the time, except for when the beautiful ones thy enter a house, then they may unveil their faces. They visit all the houses in each village, except for those houses where somebody has died during the current year. The procession through villages concludes with a performance on a square in Drežniške Ravne village. In the evening of Shrovetide Tuesday, they bury Shrovetide, and thus Ravenski Pust ends.

Shrovetide in Drežnica and Drežniške Ravne were inscribed in the Register of intangible cultural heritage in 2012 as a typical Shrovetide custom in villages beneath the mountain Krn. The bearers of this tradition strictly follow its rules; therefore, neither women nor married men are admitted into the Boys’ Community. Shrovetide events are clearly determined, as well as the meaning and mission of every figure. 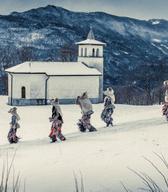 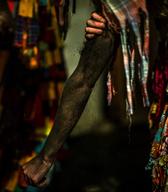 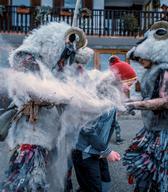 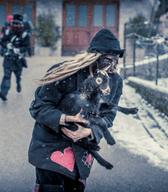