Guest Exhibition by the Velenje Museum

The exhibition displays part of the collection of photographic glass plates taken by the Czech sculptor František Foit and his fellow countryman, biologist Jiří Baum. They were captured on their journey from the north to the south of Africa in 1931. Foit and Baum travelled by a serially produced Tatra car with a two-cylinder air-cooled engine. The car was redesigned to provide more space for sleeping and for the transport of materials, fuel reserve and water.

They left Prague on 1 April 1931 and went on to the port of Trieste from where they embarked on a ship to Egypt. Their trip amounted to 24000 km and resulted in 6000 photographs.
Foit brought back to Prague authentic records of African peoples and the country while Baum mostly collected and researched insects.
In 1947, Foit travelled to Africa again, this time accompanied by his wife, Irena. In 1970, they returned to Europe and settled in Velenje a year later. There, they donated the major part of their collected material and documentation from Africa to the Velenje Museum. The material included photographic glass plates, which are, along with two maps, the only testimonial material from Foit’s first journey across Africa.

On display are around 200 of the most interesting photographic glass plates, complete with explanations or – rather – short stories from Foit’s travel journal. The exhibition offers an interesting view of Africa, its peoples and the tiresome journey of the two scientists. 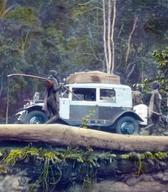 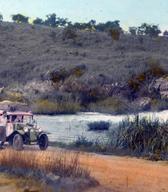