"The beginnings of custodian's story of the Sounds of Slovenia, based on many years of research, particulary into different instruments, types of sound and combinations of instruments, reaches back into pre-histroy, to the time when the first objects appeared that were fasioned out by bone by early man for the production of sound. The museum narrative is formed in a particular by the instruments on display, the interpretation of which, in the relation to the period up to the end of the 19th century, was aided in particular by different pictorial sources, from the images on the Vače situla dating from the 5th century BC to the depictions on painted beehive panels from the 19th century, while for the 20th century photographs were available." From the foreword of Bojana Rogelj Škafar 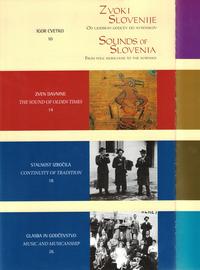 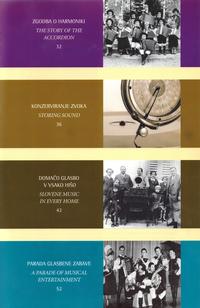 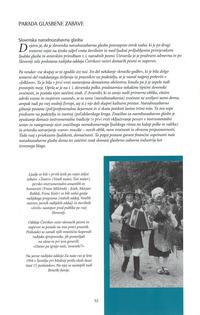