They Had a Queenly Poise

They Had a Queenly Poise is the first exhibition that is dedicated to the series of 90th anniversary celebrations of the Museum, to be held in 2013. The exhibition tries to give a picture of traditional Slovene costumes as identity symbols in Trieste region in Italy. It represents a variety of more than 20 of costumes, that were mostly worn by women. 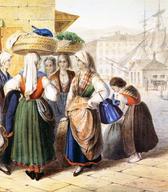 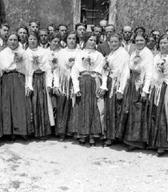 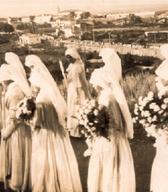 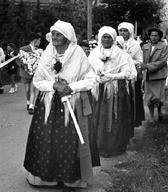 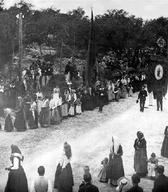 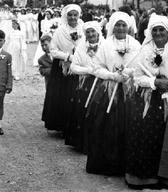 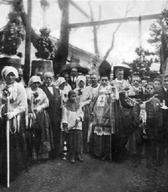 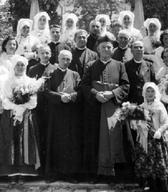 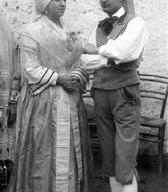 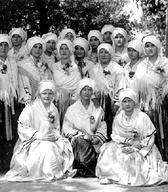 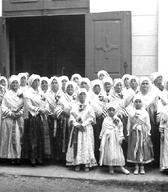 National dress. For the Slovene minority in Italy, national dress is an important symbol of belonging. In many families it was seen as a treasure, to be preserved with loving care, and there are thus still quite a few originals in existence, especially in the Trieste area. These include only festive costumes – there is no longer any trace of working clothes. The greatest number are women's costumes, with only parts of men's outfits preserved here and there, so that descriptions of the latter are very incomplete. (Slovene women in Italy have always been more conservative in their dress habits than men.) The costumes are mainly Alpine in style, although there is a recognisable Mediterranean influence.

Slovenes in Italy. The Slovene minority in Italy lives in the Trieste, Gorizia and Udine areas, in three of the four provinces which make up the Furlania-Julian Region. The area historically settled by Slovenes takes in the whole of or part of  36 municipalities; here the Slovene community accounts for 20 per cent of the total population. The Slovene minority received official recognition with the passing of state law number 38 on 23 February 2001. From 1797 to 1866, except for the short period of the Illyrian provinces (under French control), the whole of Slovene ethnic territory came under the jurisdiction of the Austrian monarchy. Resia and Veneto became part of Italy in 1866 and after the First World War the Gorizia area, Val Canale, and Trieste and its surroundings were transferred to the then Kingdom of Italy – in other words, the whole of what is now known as Primorska, Istra and part of Kvarner (the Bay of Rijeka). At the Paris Conference in 1947, after the Second World War, the Slovenes of Val Canale, Resia, Veneto, and the Gorizia area found themselves living in Italy, as did the Slovenes of Trieste, following the signing of the London memorandum in 1954. Thus, in addition to economic and natural characteristics, historical events in different provinces left a strong impression on both the life and traditions of the Slovene minority in Italy.