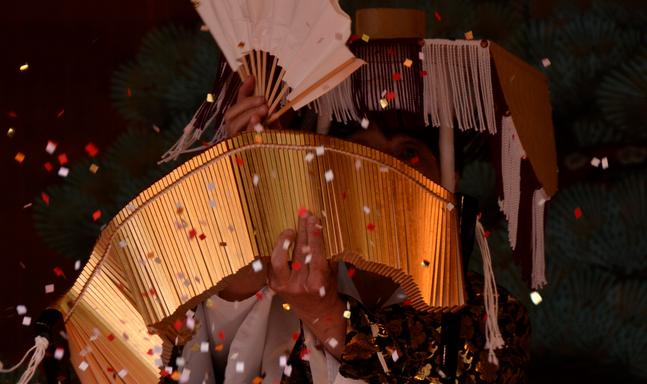 What
Visiting exhibitions
Where
Upravna hiša
From
TO

Gorazd Vilhar: In the spirit of Japanese tradition

For Vilhar detail is of the foremost importance, more than the entire portrayal of an event. He photographs with a painterly eye that emphasizes strong compositions, the impact of colour and texture. His images are iconographic documents of Japanese tradition, culture, religion, while nostalgic of the Japanese soul’s desire for ritualistic communication with gods - the nation's way of life, as well as reminders of the importance to preserve tradition in every aspect.

About the author
Gorazd Vilhar is an art historian and a photographer. Since 1985 he lives in Japan where with his American life and creative partner, cultural anthropologist Charlotte Anderson, researches culture and traditions of Japan and other Asian countries. They are authors of ten books about Japanese culture, numerous traveloqs in magazines and on websites, and also lectures on Japanese traditions at the Japanese Institute, Japan Society in New York, and at several other organizations in Tokyo and Yokohama. Among Vilhar’s most significant exhibitions are: To the Goddess of Light, Fuji Photo Salon,Tokyo (1987); Photo Byobu - Photographs on traditional folding screens, Konica Plaza,Tokyo; Matsuri, Nikon Salon, Tokyo (1994); 25 years in Japan, Fuji Film Square, Tokyo (2010); Divine Detail, Cankarjev Dom, Ljubljana (2011); The Little Book of Japan (presentation of his newest book), Hotel Union, under the sponsorship of the Japanese Embassy in Ljubljana (2013).