The film was made to mark the 90th anniversary of the Slovene Ethnographic Museum.

At the Slovene Ethnographic Museum, for both us and our predecessors over the past ninety years, it has been our task to juxtapose changing scientific paradigms with the realities experienced by our ancestors and by us today in our many different everyday lives – in the forms that have always been created and materialised by individuals and the communities of the world. The material appears in the non-material and vice versa; on the wings of the everyday we pass from one sphere to the other and simultaneously cross all three. Meanwhile we are constantly faced with existential questions and try to find answers to them, thus achieving realisation and meaning. Day after day we open the doors of our museum, this treasure house of the everyday and the festive, to visitors. We invite them to come face to face with the reflections of life and images that we offer, interpreted through the museum medium. And the film by Miha Vipotnik TIME OF ALIQUOT PARTS, inspired with sound by composer Marjan Šijanec, is an original reflection of these images. It is a special gift to us, ninety years young, and to all who follow what we do, visit us and share the experience with us.

In the film TIME OF ALIQUOT PARTS, an associative flow of diverse scenes shares its aesthetics with a special visual anthropology. A complex of cinematographic codes and sub-codes, as if the whole is divided with no remainders and there is a whirlwind of past and present time, between nature and civilisation, between tradition and urban culture, between the community and the individual, combined in a single pass. In its paradigmatic category of choice it appropriates and edits footage from the archive of the Slovene Ethnographic Museum to create a new visual and phonological trace of the poetic space of memory. In doing this, the director of the film has no wish to desecrate originals – on the contrary. The cuts made to film and sound documents, through playful shifts, leaps and strokes, are intended to breath into them completely new life – of which the events on the originals cannot even dream. Just as an ethnologist and curator would approach exhi-biting in the museum space, the creators of the film and the sound composition take on the mass of archive and memory. They provide clippings of material, social and spiritual culture with an anchorage of images in an electroacoustic ambience and abstract musical composition. Immersed in seen and heard images from different geographical environ-ments, the creators weave a direct relationship with the film and sound archive, so that they, too, become part of the film.

THE COMPOSER'S THOUGHTS ON THE MUSIC OF THE FILM
Marjan Šijanec

The creating of the music for the film TIME OF ALIQUOT PARTS by Miha Vipotnik coinci-ded with my previous compositional and developmental path, where there is a strongly expressed new feeling of the sounds of the old world. Combining electroacoustic and concrete sound creates a kind of base conglomerate which, through the descendants of until recently natural peoples, is revealed in the present and influences the sound image of our world. Recognising the sound auras of museum exhibits from “apparently” different geographical ambiences and their archetypal alluvia was a particular challenge, whilst they needed to be translated into an abstract musical language. My expressive focus was on man the individual in all his material and spiritual presence in the external and, above all, internal world. The life of the individual, the nation, the civilisation; the life of I, we and they are the world.

Miha Vipotnik is an interdisciplinary and multimedia artist, painter and television / film director. He treats contemporary culture as a multi-layered and complex structure of archive material and he understands the art field as a relevant practice in making history. Graduated in painting in 1976, he completed postgraduate studies in video and television at the Academy of Fine Arts in Ljubljana in 1979. As a Fulbright scholar he finished his second MFA in Film and Live Action Video at the California Institute of the Arts in Los Angeles in 1991. Since 2002 he has been engaged in teaching creative video workshops in Mongolia, Croatia, Kyrgyzstan, Lebanon and Ljubljana. He also teaches documentary video at the Faculty of Social Sciences in Ljubljana and experimental film, art video and interdisciplinary installation production workshops at Faculté des Beaux‐Arts et des Arts appliqués at -- USEK University in Lebanon. Miha Vipotnik is the author of many interdisciplinary projects and mixed media video installations.

The composer Marjan Šijanec works in the artistic music field, including classical and electroacoustic, particularly computer music. With regard to the latter, within Yugoslavia he was one of the groundbreakers in this domain. His music is characterized by breadth and depth of meaning in both the artistic and technical sense, which is reflected also in the diversity of his compositions. He has composed many orchestral works, opera arrangements, music for ballet and theatre, film scores and countless multimedia projects, at the same time he is involved in sound and video post-production, computer programming, and creative work for children and young people. His works have been performed on national and international stages – so far in as many as twenty-four countries worldwide.

WORDS: Word prologue to the film TIME OF ALIQUOT PARTS 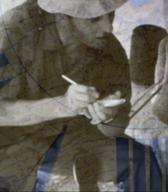 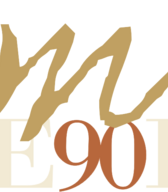