The project is a symbolic and creative interpretation of the museum passages through time, dedicated to 90th anniversary of SEM.

AVA –  Academy of Visual Arts presents five installations made by students of three generations. The selected projects convey individual character of every single artist, which is demonstrated through their different approaches to passages light, form and contexts. Each installation threats light in different ways, its passages  from darkness to light and vice versa as well as the light in relationship to shadows and daylight.

Artists
Ana Jagodic: The Third Rule
This interactive installation is composed of small glass balls mounted against a transparent screen. It is based on the research of physical laws of the universe that function on the principle of action-reaction.

Gregor Maver: Liberal Utopia
This video installation based on light and its absence. It symbolises expresses the 'simultaneousness existence' of real-time in different time zones and passages from one continent to another.

Matej Marinček: Genesis
The artist searches for passages inside our consciousness and in relation to history and culture. Its development is represented by three balls of different sizes with an evolving human figure exposed inside of them by means of photo-flash.

Danijela Danica Tepeš: From Where to Where?
This interactive object in the form of a cube merges with its environment, thus it is almost invisible in relation to light. When entering the cube made from mirrors, one gets a feeling of unlimited space.

Neca Falk: Passage
This video installation placed at the entrance of the museum exhibition house allows the dual passage to the museum, both in the metaphysical way trough projected images as well as the physical passing from one reality to the other.

Andrej Štular: Family
In Family, Štular creates an unique topography using different expressive means and including images of faces from different cultures. The multi-layered paintings-objects are like copies from his sketchbook. They seem to be created on the spur of the moment, and they present unrestrained fragments of the artist's daily life. The general atmosphere of every painting also reveals accidental bits of rationally organised reality. Outlines, indexes, charts, nets, ground plans predominate in the 'daily' version of the painting. In the dark night, however, when the rational gives way to the sublime, the paintings show and glow with 'fortuitous' strokes of the medium. 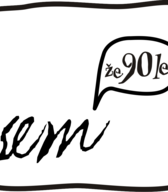