In 2010 the Slovene Ethnographic Museum joined as a partner the European project Carnival King of Europe II, developed under the Programme Culture, which is supported by European Union. The leader of the project is the Museo degli Usi e Costumi della Gente Trentina from Italy. The exhibition Carnival King of Europe II: Winter Fertility Maquerades in the European Ethnographic Context that has already travelled to Italy and to the Spanish Euskal Museum in Bilbao, is now on view at SEM.

It presents masks, costumes, and accessories of carnival figures from Slovenia, Italy, Croatia, Poland, Romania, the Basque countries in Spain and France, and Macedonia. Every participating country is presented with an ethnographic film and photographs in the exhibition.

The project Carnival King of Europe, which began in 2007 on the initiative of the Museo degli Usi e Costumi della Gente Trentina in San Michele all’Adige (Italy), in its first phase (2007–2009) gained the collaboration of European museums from France, Croatia, Bulgaria and Macedonia and more recently (2010–2012) from Slovenia, the Basque Country in Spain, Romania and Poland. Currently, the partners involved are: Museo degli Usi e Costumi della Gente Trentina of San Michele all’Adige (organizer), the Slovene Ethnographic Museum, the Ethnographic Museum Zagreb, the National Museum of Macedonia of Skopje, the Ethnographic Institute and Museum at the Bulgarian Academy of Sciences of Sofia, the Basque Museum of Bilbao, the Astra National Museum Complex of Sibiu and the State Ethnographic Museum of Warsaw.
Museum curators have carried out research into carnivals at home and across Europe. They have collected many new museum objects and created extensive video and photographic documentation on contemporary forms of carnival. They have reported on the results of their work at conferences and published their findings in articles. The project has led to thirty ethnographic films and the film Carnival King of Europe, a comparative presentation of European carnivals as part of winter fertility rites. The material collected in the field provides a solid basis for new interpretations of European carnival customs and for exploring common roots.

Exhibition by the Slovene Ethnographic Museum
The Carnival Heritage of Slovenia

On the occasion of the international exhibition Carnival King of Europe II, the Slovene Ethnographic Museum is presenting a small parallel exhibition on carnivals as an important part of the Slovene intangible cultural heritage. Numerous carnivals around Slovenia demonstrate the vibrancy of the tradition and the importance of carnival customs and festivities in people's lives; they also undoubtedly play an important role in shaping local identities. At the exhibition, those carnival customs and groups are presented which have already been listed as bearers of the carnival heritage of Slovenia in the national register of intangible cultural heritage or are in the process of being listed, which is of extreme importance for the safeguarding of these traditions for the future. 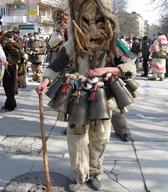 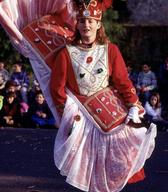 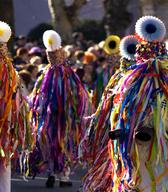 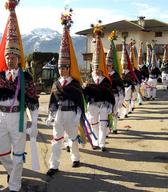 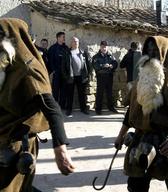 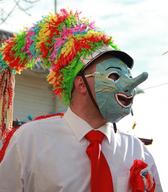 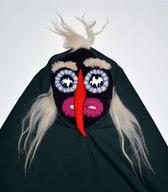 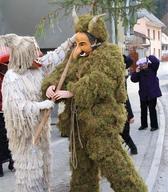