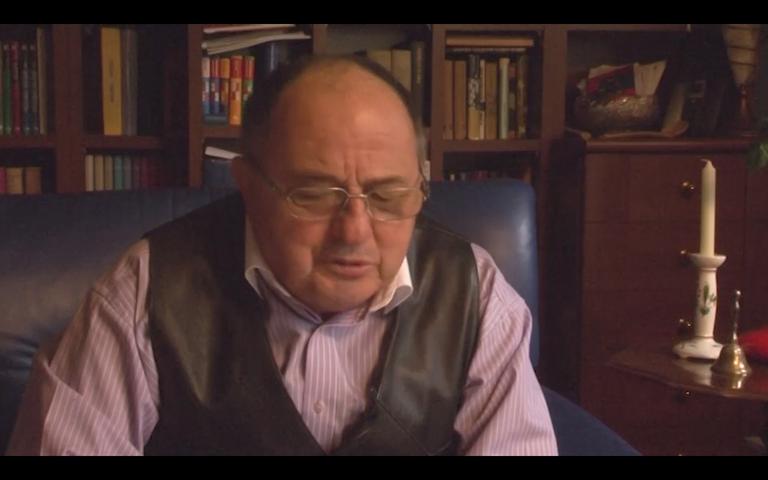 In 1957, he was employed at the new Ljubljana Television, and in 1963, he became the director of the Slovene Ethnographic Museum, which he led until his retirement in 1987. He greatly expanded the museum’s exhibition activities and established a new department – the Museum of Non-European Cultures in Goričane near Medvode. He also made the first films produced by Slovene museums and showed them at exhibitions. In his journeys round Africa he filmed travel diaries for the television series Around the World with a Camera. His narration filmed in 2011 is visually complemented by the film excerpts from the museum and Slovenia Television production, and by other pictorial sources. The film offers an insight into the museum and media environment of the second half of the 20th century, especially into the history of the Slovene Ethnographic Museum and Slovenia Television. The film is condensed from the mosaic portrait Boris Kuhar – Interview, which was part of the interactive exhibition Tribute to Boris Kuhar (SEM, May 2019 – March 2020).